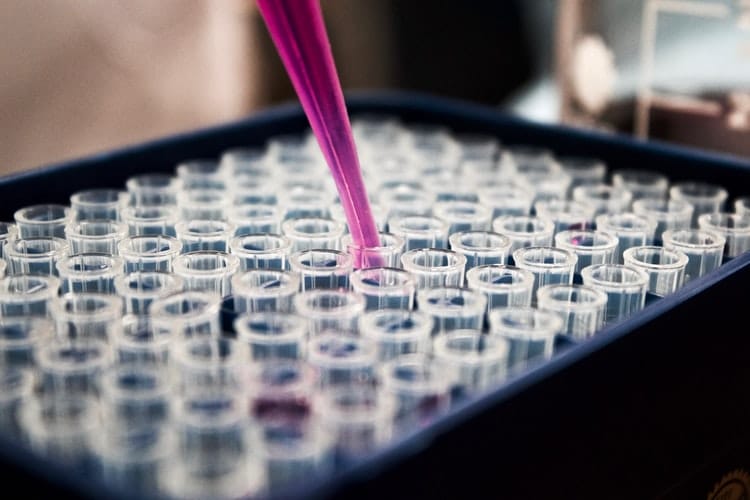 Nutrition in Sickle Cell Disease: an opportunity for Dietitian’s to make a difference

By Claudine MatthewsOctober 2, 2020No Comments Sickle cell disease is the fastest growing and most common genetic red blood disorder in the UK. According to a recent study, there are an estimated 14 000 people living with the condition in the UK.

Sickle cell crisis, known as the hallmark feature of the condition is recognised as the most common reason for hospital admissions. In 2010/11, the estimated cost to the NHS and commissioners totalled just shy of £19 million, for sickle crisis as the primary reason for admission. However, despite the disparity in the numbers of sickle cell patients, compared to other more prevalent long-term conditions, the cost and disease burden associated with the condition warrants more recognition and consideration. In particular, the area that stands to gain from further investigation and development is the nutritional management of the condition.

Currently, nutrition in sickle cell is overlooked and undertreated, leading to poor patient health and wellbeing outcomes. The overriding reason for this I believe is the fact that nutrition has not been integrated into sickle cell healthcare provision and there are a number of reasons for this oversight. A key reason for this, is the lack of translation of existing scientific literature on the role of nutrition in sickle cell, into meaningful evidence base. This has resulted in a gross lack of nutritional educational literature on the subject negatively impacting the sickle cell patients, as well as the level of knowledge and awareness of the role nutrition can play.

As a Dietitian, I do believe I have a moral obligation to at least enquire about the nutrition needs of sickle cell patients, having spent four years working in a sickle cell service. During these four years I developed my knowledge and understanding of the pathophysiology of the condition and it’s during this time that I became aware of the direct link between the pathophysiology of sickle cell and the under nutrition reported in the scientific literature. Two main clinical features of the condition namely chronic haemolysis leading to chronic anaemia and fatigue and oxidative stress as well as the vaso-occlusion or sickle cell crisis, resulting from the blockage of small and large blood vessels with sickle shaped cells, are responsible for many of the nutritional problems.

But first, who am I and why did sickle cell appeal to me?

My debut book titled, Overcoming Disempowerment available from Amazon, bears witness to my own background of living with marginalisation and discrimination. Therefore, social justice, advocating for the voiceless and personal empowerment has guided my own desire to inspire and empower others to maximise their potential to achieve with confidence, high levels of motivation and personal leadership.

So, despite all my own limiting beliefs and self- perception, I eventually qualified as a Dietitian in 1992, from the university of the Western Cape in South Africa, before settling in the UK in 2000. My chance meeting with sickle cell in 2011, proved to be the catalyst for my ongoing professional and academic relationship with the sickle cell patient population, which included my masters in Healthcare Education and Clinical Leadership. The masters became the inspiration for me to conduct a national cross-sectional survey with BDA registered Dietitians in 2015, to determine the level of involvement, knowledge and attitudes of dietitians towards sickle cell disease. The findings of the study confirmed low levels of involvement and knowledge of Dietitians of sickle cell disease but most encouraging was the fact that Dietitians felt that they could play a role in the nutritional management of sickle cell patients, knowing that dietitians are recognised as diet and nutrition experts.

For this reason, I have embarked on a self-funded Professional Doctorate, aimed at Integrating nutrition into sickle cell healthcare provision, from Anglia Ruskin University and I’m currently in my fourth year of study. Leading up to the doctorate I wrote and published a number of articles on the subject, I was invited to write the first national nutrition standards for sickle cell disease and my most recent article, is available from the Sickle Cell Society website.

A huge thank you to Nutritank, for this wonderful opportunity, for their amazing passion to promote nutrition education and for shining a light on this very important topic! I believe that the vision and mission of Nutritank aligns well with my personal mission, as building community is critical to inspiring, empowering and equipping people to maximise their potential for achievement and paying their empowerment forward to inspire others to do the same. I love your resources and toolkits, as this opens up opportunities for people to share and learn and therefore promote the value and importance of nutrition on a wider level and perspective! Thank you and well done Nutritank for your innovative vision…

I am an HCPC registered Dietitian with more than 13 years of NHS acute clinical dietetics experience. I was awarded a master’s degree in Healthcare Education and Clinical Leadership in 2014, gained a PGCE in 2019, and currently enrolled onto a part time Professional Doctorate, aimed at ‘Integrating nutrition into sickle cell healthcare provision”.